In today’s volatile and unpredictable world, geopolitics is becoming a top strategic priority for business leaders and therefore executive education

After 30 years of growth, economists and investors fear that globalization may have peaked or could even go into reverse because of rising geopolitical tensions — principally those caused by Russia’s invasion of Ukraine, tensions between the US and China, as well as the UK’s split with the EU.

In today’s volatile and unpredictable world, geopolitics is becoming a top strategic priority for business leaders. So business schools are responding with new executive education courses which are focused on international relations and the political economy, just as they responded to the three-decade march of globalization with courses that helped managers take their products and services across borders.

Now, courses on how to maximize opportunities and mitigate risks stemming from global events are coming to the fore. Leadership and management professors say that executives need to understand the link between international relations and business, and the various political forces that are driving global change.

The London School of Economics offers an executive education program that is open to all participants called “Business, International Relations and the Political Economy”, while EMlyon Business School runs an open course named “Global Geopolitics and Business Strategy”.

Elsewhere, many other schools include shorter modules on geopolitics within broader strategy and leadership programs.

“Geopolitics is becoming more important because upheavals are unpredictable and impactful for business, but also because stakeholders expect that companies will react immediately,” says Nesterovic. “There is no time to delegate to a third party, no possibility to shield from the vicissitudes of conflicts, so managers have to do the job by themselves and very often they are not prepared for that.”

The main takeaway from his classes is that participants can see geopolitical problems from different angles such as classical, critical, feminist and business. “The events, conflicts and actions are the same but how we understand them, how we respond to them is completely different depending on the branch of geopolitics we use,” Nesterovic says.

He adds there is high demand for such training from the participants in open enrollment and customized executive education programs. “They are very grateful for the holistic and diversified approach of geopolitics that can help them navigate the complex waters of international conflicts,” the professor says. “They also discover that business is legit in interfering in geopolitics because corporations have been asked by political leaders to do so.”

Other schools have responded to this rising demand by rolling out entire courses on geopolitics. HEC Paris runs the “Geopolitics, Globalization and Business Strategy Summer School Program” while Florida Atlantic University’s College of Business offers the “Certificate in Geopolitical Analysis”.

Geopolitics as a core competency

Grenoble Ecole de Management takes a different approach: the business school in southeastern France includes a geopolitical conference session in all of its executive education programs.

The conference includes a wide range of topics, including the geopolitics of semiconductors, the geopolitics of food, subjects such as ethics and corruption, and high-profile examples like the recent contract breakdown between Australia and France over nuclear submarines.

“There needs to be an understanding that geopolitics is a core competency for leaders and managers,” says Jean-Francois Fiorina, deputy director at Grenoble Ecole de Management. “Whatever your job, it is important to understand the world, how it works in the way it does, and how it is changing.”

She says this will help participants to make better, more informed decisions in their own particular context. However, she says business schools suffer from an image problem: corporates tend to think that geopolitics must be taught by schools of international relations or political science. “They generally don’t know that business schools can offer them specific programs or that we carry out research in this area,” says Fiorina.

Another challenge for business schools is that, in highly diverse and international classrooms, speaking out on geopolitical issues can cause conflict. So the professors facilitating the discussion are having to give voice to different perspectives in the classroom and manage any potential tensions.

Fiorina says: “Much of this is down to the talent and the experience of the professor. You need to provide an environment where all students are able to put forward views and ask questions.”

Back at ESSEC, Nesterovic says that every person can be emotionally touched by a certain situation if they identify themselves with a party in conflict. “That is the challenge of the teacher: to respect different opinions but also to lead the discussion in a way that the situation doesn’t become out of control,” he adds. “It is not easy.” 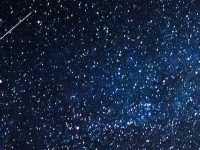 As commercial space exploration blasts off, there’s a growing need for management knowledge and skills 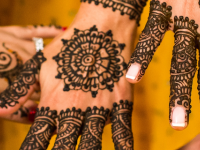 Family businesses weathered the pandemic better than most other types of companies, but many now face tougher economic times ahead 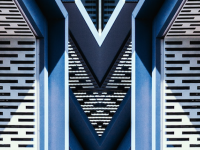