More managers are called on to be coaches; here's how executive education can help

When many executives think about coaches, they might imagine a sports coach, or a personal life coach – a person whose job is to lead and motivate. And in the past, some firms would indeed hire executive coaches – people whose sole role was to provide guidance in terms of employee training and development.

Some organizations still do have executive coaches, but the reality is that in today's age of crunched budgets, many companies simply don't have this luxury. And so the coaching responsibilities – training, motivating, inspiring – are increasingly being handled by general managers and department heads rather than dedicated coaches.

According to Eric Saine, the associate director of the McGill Executive Institute, before the 2008 economic downturn, many companies were able to invest in infrastructure that would help employees with training and development.

“In the past, human resource departments could play a bigger role, but since HR divisions are under a lot of pressure and cost-cutting, the whole idea of developing people is really coming back to managers,” says Saine.

“All of the sudden, coaching responsibility has shifted to various managers in the organization.”

Fortunately, for executives who are finding that they need to add more coaching skills to their managerial toolkit, there are executive education programs that can help. These programs generally range from short two-day seminars like “Coaching to Excellence” at the University of Cape Town, to longer, more in-depth programs such as Georgetown's “Certificate in Leadership Coaching,” a 152-hour class that takes deep dive into the nuances of body language and group coaching. For those who are looking to become a professional or executive coach, there are also full-fledged degree programs, like Ashridge's two-year Masters in Executive Coaching.

But for many general managers, the sweet spot is a two- or three-day course, which usually covers some general theories around coaching, and then provides a controlled environment where participants can practice their coaching skills.

For example, the 2.5-day “Coaching for High Performance” course offered by the University of Ottawa's Telfer School of Management “combines theory and practice,” according to Glen Orsak, Telfer's director of executive programs and a practicing business coach.

In the course, participants are exposed to a series of frameworks on general coaching skills – such as ways to build trust and how to listen actively – and then practice these skills in pairs with instructor oversight.

“There's an emphasis on creating a safe space for the participants in the training session,” says Orsak, “so that they can actually bring in real-life examples to their coach-pairing experience.”

In some courses, like the Center for Creative Leadership's three-day “Coaching for Greater Effectiveness,” participants are videotaped during practice sessions, so that their strengths and weaknesses can be immediately identified.

The practice sessions, recorded or not, can be extremely important for those who have recently been put into leadership roles, and might not yet have much practical coaching experience. For these new leaders, ideas central to coaching – like effective communication or “emotional intelligence” need to be experienced, rather than just studied.

“It helps to put some discipline structure and to create something more tangible around the idea of 'soft skills,'” Orsak says.

Executive programs in coaching which combine theory and practice are valuable because they can allow managers to immediately apply the learning. In McGill's two-day “Coaching for Performance and Results,” participants “go from, 'here are some best practices in coaching, to now let's apply them'” says Eric Saine.

From this process, Saine says that participants can start to see a “roadmap” of how coaching can work in day-to-day situations. For example, an executive who doesn't have much experience with coaching might be reluctant to go into a difficult conversation with an employee who is dealing with performance issues. And when the executive does have the conversation, he­ might feel unprepared.

“But by using some coaching techniques – the listening and the dialog, and having an understanding of the process behind the coaching – this helps them plan for that conversation,” says Saine.

Having these frameworks can be very useful, since coaching can require different approaches depending on the context.

Since many executives don't get a chance to practice each case in the workplace, an executive program can be very valuable in helping them explore the techniques and take more risks than they would normally.

“The experience of actually coaching, and pushing you beyond your comfort zone will be part of what you do,” says Orsak.

“Because, chances are when you go back to your work life, you're not going to push yourself outside your comfort zone.” 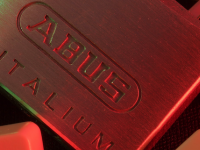 The Executive Courses Protecting Against Cybercrime

As the cost of breaches soars, now, more than ever, building cyber resilience is an urgent priority for leaders in business 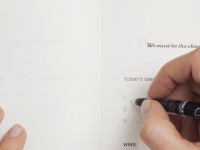 Tailored programs can deliver huge benefits for the individual and the employer, but they require careful planning and design 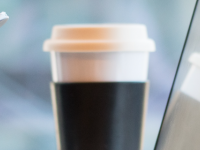